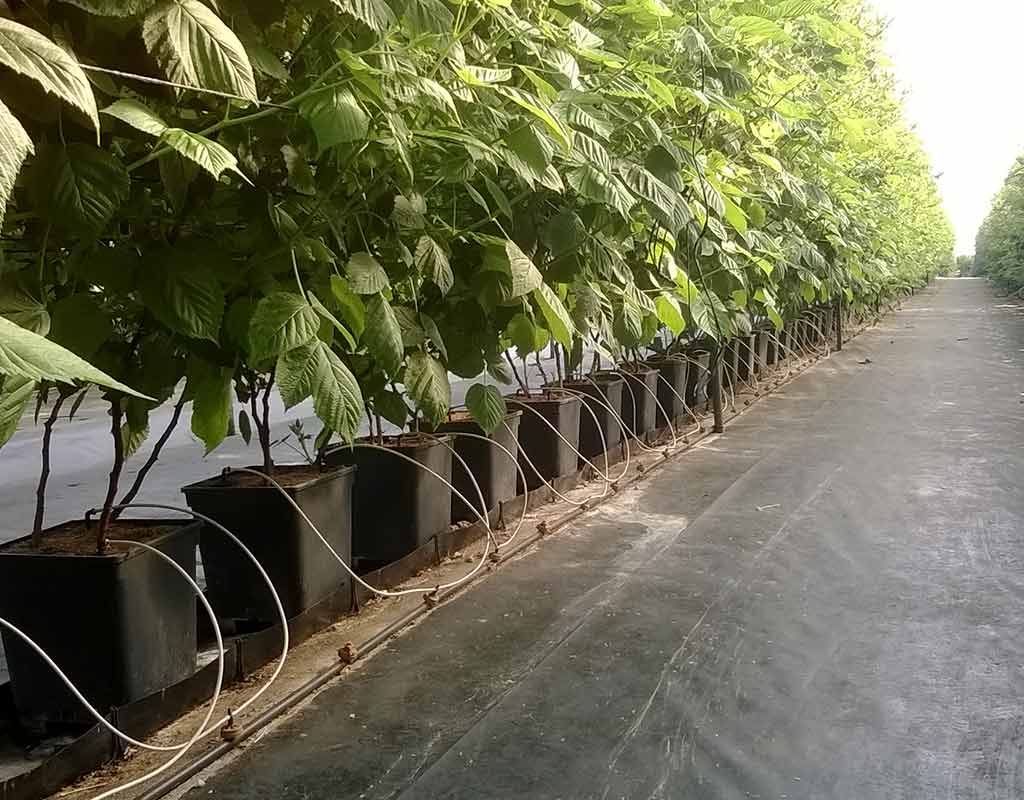 The emerging market of raspberry

The raspberry production has been always present in berries market, but eclipsed by the popularity of blueberry. This purple fruit is cultivated around the world in soil or with hydroponics system by the increasing demand of it in the international markets.

Nevertheless, the hectares dedicated to the raspberry cultivation has increased significantly over the years. An Eurostat’s report in 2016 prognosticate that berries market would increase a 7% per year, being the raspberry the most popular berry.

Due to its mediterranean origin, the best raspberry crops are obtained in mild weather. The climate conditions have a deeply influence in certain varietes of raspberry, determining if they are remontant (two blooms per year)  or not (one flowering per year).

Referring to soil conditions, it must be deep to facilitate the root development, and wet but without drainage problems. Actually, the humidity is a indispensable factor for the raspberry cultivation, especially during the reproductive phase. The best soils are the sandy loam soil, loamy soils and claim loam soils.

The presence of organic material must be higher than 5% to preserve the soil’s humidity and temperature, and to improve soil’s structural and chemical characteristics. Besides, pH values should be between 6 and 6.8.

In Spain, the raspberry production is centered in the province of Huelva with 2.300 hectares. This means a surface increasing of 7% comparing to the last period, according to the lasts reports. In the last Huelva’s exportation campaign, raspberries represented the 28,3% of total exportations, adding up 203 millions of euros.

In Europe, the raspberry production is also upward. Poland is the first producer and exporter of raspberries, followed by Serbia, Belgium and Ukraine.

Worldwide, countries like Morocco, Chile, Mexico or South Africa have strongly erupted in the market increasing the competetitiveness.

Towards a technified and precision cultivation

Undoubtedly, with an uncertained future with less availability of resources and the increase in world population, the horticultural is expected to be more sophisticated over time. Cultivation methods such as hydroponics are increasingly applied to the production of berries and other fruits and vegetables by offering better consistency and quality of the fruit, greater precision in the cultivation parameters, lower risks in terms of pests and diseases, and higher planting density.

Being a raspberry producer will mean being competitive against the main producing countries. Responding to the growing commercial demand will involve the producer offering large quantities of the best quality fruit.

At Projar we help producers around the world to achieve their agronomic goals. Tell us about your case and one of our experts will study your situation and define a solution adapted to your needs. Contact us!